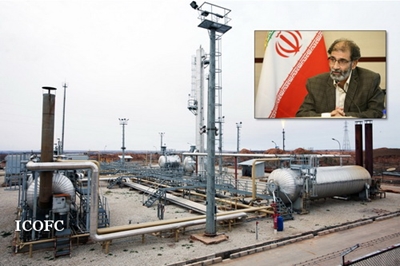 The said projects are aimed at optimizing and increasing the productivity and recovery factor of various oil and gas fields operated by the company and helping to solve ICOFC"s production and operational challenges.

He noted that awarding these projects has been carried out in a precise process and based on scientific and technical standards.

The best academic research units have been selected from among the bidders for these projects, the official added.

Back in December 2019, ICOFC, which is a subsidiary of the National Iranian Oil Company (NIOC), inked deals with Amirkabir University and RIPI for conducting research projects.

In early May, head of RIPI"s upstream faculty had announced that the institute is due to carry out four major research projects aimed at increasing the recovery factor of the country"s oil fields by the end of the current Iranian calendar year (March 21, 2021).

According to Ezatollah Kazemzadeh, the institute signed 12 research agreements with private companies and government-owned firms for conducting a wide range of research activities in various fields of exploration, drilling, production, harvesting and laboratory technology services in the previous Iranian calendar year (ended on March 19) and this trend is going to continue in the current year.

Operational exploration and development activities in the oil and gas industry require structural studies and up-to-date technologies in this field.

In this regard, NIOC has been signing several agreements with Iranian universities and knowledge-based companies for research in various fields.