Over recent years, in the absence of foreign companies, local contractors have moved to develop oil and gas fields. 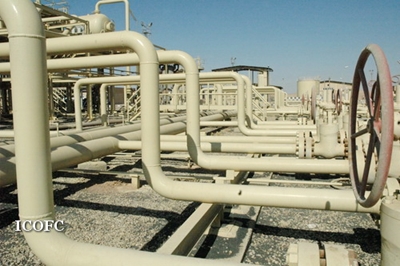 Sanctions have failed to halt Iran"s petroleum industry activities. However, developing the industry in Iran would need foreign investment and cutting edge technology to raise output. Over recent years, in the absence of foreign companies, local contractors have moved to develop oil and gas fields.

The Petroleum Ministry has awarded many projects to local firms; however, Iran"s petroleum industry potential is so great that it is still attractive to foreign investors. Among more than dozens of oil and gas fields up for investment, there are some which would be less complicated than offshore fields for development. Some of them are Danan, Cheshmeh-Khosh and Susangerd fields, shared by Iran and Iraq.

Danan oil field in Ilam Province is located along Iran"s border with Iraq. It lies 80 kilometers northwest of Andimeshk and 30 kilometers southeast of Dehloran. This field incorporates Bangestan and Asmari reservoirs.

In this field, Ilam and Sarvak formations - measuring respectively 85 and 750 meters thick - form Bangestan reservoir whose thickness is 835 meters.

At present, 26,000 b/d of crude oil is being extracted from Danan field prior to being carried to the Dehloran production center through pipeline. After being sweetened, it is pumped through a 52-kilometer pipeline to the Cheshmeh-Khosh desalination unit.

Danan is administered by Iranian Central Oil Fields Company (ICOFC). A variety of scenarios have so far been envisaged at National Iranian Oil Company (NIOC) for the development of the Danan field. The broad lines for the development of Danan field (scenarios categorized under natural depletion, water injection and gas injection) have been submitted, and experts have offered their views.

In studying the Danan field, once the reservoir"s properties are examined, a static and dynamic model is designed and the performance of the reservoir is studied under different scenarios. Natural depletion scenario includes drilling new wells: vertical and directional wells, and gas injection scenario involves returning gas to an injection well in the reservoir.

These studies have indicated that in the gas injection scenario, oil production wells face the problem of high GOR, while in water injection scenario, the volume of injected water is limited due to the low permeability of reservoir rock; therefore, the recovery rate could not be improved.

Thus, the best scenario for the development of Danan field is natural depletion which involves drilling new wells with high diversion and spudding directional wells in order to establish further contract with the rock reservoir. Application of this method will require a fewer number of wells than vertical drilling.

The contract for exploration and development of Danan block was signed between NIOC and a Vietnamese company in March 2008 for exploration and development activities, identification and evaluation of hydrocarbon deposits in this block and winning cooperation of top international companies in the upstream sector after issuing tender bids. The Vietnamese party has so far invested more than $20 million in this block.

Cheshmeh-Khosh which was explored in 1964 and started production 11 years later, is one of old fields in western Iran. Its current output rate stands at 18,000 b/d and its gas production rate stands at 3.3 mcm/d.

Cheshmeh-Khosh is located in Ilam Province in western Iran, and is 52 kilometers south of Dehloran and 70 kilometers west of Andimeshk.

The oil produced from this field is processed before being carried to Ahvaz-3 production plant through a 153-kilometer pipeline. The oil is finally brought to Kharg Island in order to feed refineries or to be exported via the Kharg oil terminal.

Cheshmeh-Khosh is run by ICOFC and it currently needs investment and state-of-the-art technology in order to preserve and enhance its output.

Currently, oil is extracted from Asmari reservoir while Bangestan formation is to produce 20,000 b/d. The recovery rate of Asmari would range from 27% to 35%, while that of Bangestan reservoir would be 6 to 8%.

Cheshmeh-Khosh field"s crude oil production capacity stands at 18,000 b/d on average while 115 mcf/d of natural gas could be extracted from this field.

Cheshmeh-Khosh"s oil is carried to the Ahvaz 3 production center via a 153km pipeline prior to being sent to refineries as feedstock or being carried to Kharg Island for exports.

The desalination unit of Cheshmeh-Khosh is operating at a nominal capacity of 181,000 b/d now.

ICOFC officials have said that new production technologies would be used in the Cheshmeh-Khosh field.

Susangerd oil field lies 20km southwest of the Ahvaz oil field. Its geological structure was discovered in 1962 based on 2D seismic lines. Later on, after the drilling of Well No. 3 in 2008, hydrocarbon deposits were proven to exist in the Asmari, Ilam and Sarvak formations.

NIOC has already announced that Susangerd could offer sustainable production for 25 years in a row. Susangerd is untapped and it has been offered for development under the new model of contracts, known as IPC.

A variety of local and foreign firms had offered to develop the field. The proposals were examined by the advisory committees of NIOC Directorate of Reservoirs.

Before the US pullout of the 2015, Iran nuclear deal and restoration of sanctions, Gostaresh Iranian Oil And Gas Industries Development Company (IDRO-Oil) and Russia"s Zarubezhneft had signed a memorandum of understanding for the joint development of Susangerd. They had agreed to set up a specialized working group to study the project for a final agreement. Upstream studies on the field had been assigned to IDRO-Oil and Austria"s HOT ENG with a view to drawing up a master development plan.

Susangerd field is located near Jofair, Ab Teimour and Band Karkheh fields. Three exploration wells have been drilled, but no production is under way. Susangerd is estimated to hold 39.5 billion barrels of oil in place, 14.1 billion barrels of which is recoverable. The Susangerd oil has an API gravity of 19. 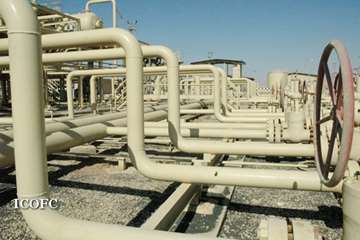