Oil sanctions against Iran remain effective. But the country says it would export 2.3 mb/d of oil and condensate this year. Many experts believe that Iran’s return to the oil market is unlikely to cause any shock. 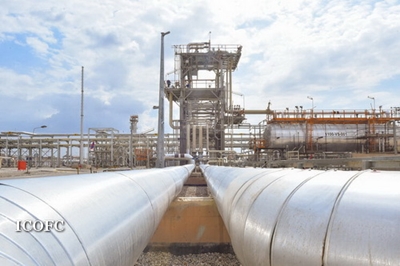 Oil sanctions against Iran remain effective. But the country says it would export 2.3 mb/d of oil and condensate this year. Many experts believe that Iran"s return to the oil market is unlikely to cause any shock.

Ramin Forouzandeh, oil analyst and board member at Dana Investment Group, tells "Iran Petroleum" Iran would be able to easily export 2 mb/d of oil in the short-term. He also said that thanks to its oil and gas reserves, as well as geopolitical position and low-cost oil production, Iran would remain a major oil player for years.

The following is the full text of the interview Forouzandeh gave to "Iran Petroleum":

Is OPEC as influential as it was in the oil market?

In response to this question, we have to go back to 60 years, i.e., when OPEC was established. Historically, OPEC was formed when an oil nationalization wave, inspired by the movement of nationalization in Iran, was transpiring oil nations, pushing them to claim their rights from the so-called "Seven Sisters". Today, the "Seven Sisters" are gone and oil producers have their own national oil companies. If I want to explain about the continuation of OPEC"s work in economic terms, I should say that a number of nations have created an intergovernmental organization to decide on oil output in a bid to make revenue. For instance, producers supply 35 million barrels of oil. Now the Organization, while deciding about 2% production cut, behaves so as to push prices up 2-3%, while production has been cut. Therefore, they gain higher revenue and this economic logic remains effective.

Does it mean that OPEC is not as influential as it was in the market?

OPEC"s influence in oil production compared with the 1970s has declined due to the emergence of new rivals like the US, Russia and Brazil. On the supply side, renewable energies have seen an increase in their share in the world energy mix. Furthermore, technological growth has boosted productivity in the energy sector, leading to a decline in demand. Three key events have transpired the oil market in recent years, during which OPEC"s oil market clout has not been spared. The first one is that shale oil production has continued. The second one was President Trump"s political pressure on oil producers. And the third one was the significant decline in US dependence on the Middle East oil. All these factors affected OPEC"s influence in the oil market.

Although following the 2016 oil price slump, OPEC+ reached a historic agreement in 2017 and this agreement remains effective, some experts cast doubt on the future of cooperation between OPEC and allies. Meantime, in light of OPEC member states" insistence on reducing production, we see that some nations like Iraq or the United Arab Emirates (UAE) have not been fully compliant. The UAE is eying capacity building to increase production and play a bigger role in the region. The UAE is an ally of Saudi Arabia, but its recent political and economic behavior shows it is looking for an influential role among Arab nations, which would imply a lower Saudi influence.

Regarding the UAE, I should say that this country has increased its production capacity. It also negotiated with Eastern and Western oil companies for upstream development and signed agreements. Therefore, the UAE"s compliance with the OPEC+ agreement would become harder in coming years. Meanwhile, the UAE is looking at Iraq. Iraq"s production capacity stands at 4.5 mb/d, which is twice its output 15 years ago. That is while Iraq is faced with the Daesh scourge and many domestic problems, and has to pay for reconstruction. The UAE is not willing to lag behind Iraq in oil production. For its part, Saudi Arabia has its own regional adventurism and is trying a lot to increase its regional clout.

However, Saudi Arabia remains a major OPEC and OPEC+ player. Even during the 13th OPEC+ ministerial meeting where oil producers agreed to increase 75,000 b/d their February and March output (totally 150,000 b/d), Saudi Arabia offered to cut 1 mb/d from its output, which pushed prices up to $55.

Yes, that"s true. But it is noteworthy that in the US oil game, Saudi Arabia no longer has the place it had 20 years ago and the US dependence on Saudi oil has declined with no hopeful long-term perspective in the oil market. Meantime, Saudi Arabia is fed up with its traditional role as swing producer to balance price fluctuations. If you remember well, not long time ago, as soon as oil prices soared Saudi Arabia used to supply more oil on the market in order to prevent any excessive price hike and control the market. Nonetheless, regional adventurism costs in recent years have overshadowed this role because Saudi activities" growth depends on increased petrodollars.

Yes, Saudi Arabia was a leading nation in the agreed production cut and it cut from its output several rounds. In early 2020, it totally abandoned the market and intensified a price war prior to returning to the agreement. It is worth noting that Saudi Arabia is producing 10 mb/d of oil and the OPEC+ agreement is in fact producing losses for it. Even a 5% cut from its output would be a big figure. Now imagine that this country is trying its best to remain committed to production cuts, while Iraq and the UAE are not honoring their obligations. We"ve seen over the past one year that the harmony that used to exist between OPEC traditional players has been destabilized and every nation is going its own way.

Shale extraction has become a key issue in relations between OPEC and non-OPEC. If prices fall, oil producers would face many problems due to their budget dependence and if prices go up, shale oil would become economical, thereby creating rivals for traditional producers. Meantime, we cannot ignore the renewables. Which price band would benefit OPEC?

Should oil prices exceed $50, shale production would become economical and shale producers would be revived. If prices fall below $ 40, we may hope that shale would go out of the oil market. Furthermore, there is an unwritten agreement based on which expensive oil, i.e. expensive gasoline, in the US would be in total conflict with US policy. Therefore, they would also prefer oil price at something between $50 and $60 per barrel.

The point is that oil prices below $40 would make shale production uneconomical. I personally believe that US shale would be cost-effective event with $45 oil price. Therefore, OPEC would have to tolerate two years of oil price below $40 in order to drive shales out of market. I personally think they cannot do so because of their heavy dependence on oil revenues. The second reason is that I think shale oil is more resilient than OPEC oil and there is no guarantee that if these nations tolerate low prices for two years and the US production is cut by a third, shale would go out. Shale oil technology is likely to make significant progress.

As a new administration is taking office in the US, speculation is rife about Iran"s return to the world oil markets. Minister Zangeneh has said Iran would seek nobody"s permission for return to the oil market as it reserves its right to produce oil. In this tumultuous market, do you think that Iran would be still influential?

Iran"s oil market influence may be seen from two aspects. In the short-term, Iran can easily supply 2mb/d of oil on the market. Now if there is a consensus among OPEC member states on increased production by Iran, the country can export 1mb/d more oil without causing any shock in the market. Now, the point is that based on market perspectives, demand for oil in 2022 would not be like in 2019. Under such circumstances, everyone would naturally be willing to know how much oil Iran would be supplying on the market.

Will Iran remain as influential in the long-term, too?

But in the long term, I have to note that although over recent decades Iran has failed to benefit from its high oil and gas potential, and has taken steps in such direction during one period only, the country has not been able to use its potential in this sector due to political reasons and sanctions. However, I should note that Iran has the biggest oil and gas opportunity in the world for three reasons: First and foremost, Iran has the highest oil and gas reserves together in the world; second, a significant portion of these reserves have not been developed yet; and third, Iran enjoys a unique position in the Middle East. Iran has access to Europe, while being in connection with emergent economies with high future demand for oil, like India. No other country in the world has Iran"s position. For instance, Saudi Arabia has large oil reserves, but its combined oil and gas reserves volume is lower than that of Iran. Therefore, given its reserves Iran enjoys an unrivaled position in the Middle East. Besides, its reserves are low-cost and it can produce oil at $30-40 a barrel.

In fact, Iran can remain a key player in the oil market for years.

Yes, that"s true. Even in the 2040-2050 perspective, Iran can still be an important player in the market. Of course, if it happens all oil producers would be sidelined. Therefore, they are not happy with Iran"s return to the oil market and they would not like to see any long-term agreement be signed between Iran and leading international oil companies for increased production capacity, which would push them aside and they could no longer rival Iran.

How you do see the prospect of cooperation between OPEC and non-OPEC? The coronavirus pandemic has had a role in such cooperation in the past one year. Is this cooperation likely to be destabilized in case the pandemic ends and demand for oil increases?

OPEC is under more pressure than non-OPEC from output cut because OPEC nations depend on oil revenues to run their economy. Therefore, they are under heavy pressure. However, this agreement showed that OPEC could not control the market on its own, and it can be influential only through such cooperation. The prospect of this cooperation depends on Russia. Saudi Arabia was harmed due to its regional adventurism rather than reduced strategic reserves. Now we should wait and see how long Russia would remain committed. It would be reasonable for Saudi Arabia and Russia - both key players - to continue their political ties and cooperate in the oil market. Saudi Arabia and Russia need to continue with production, but as I mentioned, OPEC faces more problems than non-OPEC.